…most of them were miserable, even the ones with digital watches.
The Hitchhikers Guide to the Galaxy by Douglas Adams.

At a few times each year, a digital watch is handed to me with a request for it to be set to the current time. British Summer Time, GMT or some far flung timezone the trigger event. The owner of the watch does not know how to do it and despite several attempts, can not change the time.

But I don’t know how to complete this task.

I don’t do it frequently enough for it to be worthy of a place in my memory.

From an L&D perspective this should be a suitable case for a resource. A short set of instructions for me to follow to set the new time.

Yet it is typically completed in less time than it would take to search for and read such a guide.

So how would you develop someone to be able to do a task or solve a problem without having seen it before?

What I think I do is look for patterns:

Is four steps enough? Probably not. There are a few alternatives or exceptions that should be encountered:

Again, probably not. Some personal attributes are necessary:

Finally, none of this would work without a well designed user interface. Because even though I can do this with the digital watch, twice a year the cooker is reset by the watch owner following the manual. 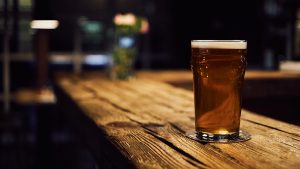 My first job was behind the bar in a country hotel.

My boss was very proud of being able to do any job in the place – he could join me serving food & drinks, he could and did make up the rooms, cover shifts in the kitchen, wether as chef or washer up and he’d drive the minibus to take regular customer home after a long and enjoyable evening. If anyone was off sick he would step in without fuss.

That ethos stuck with me for a long time – that the manager should be able to step in and do the job of anyone they are responsible for.

It was many years later that I found myself working in a team where all of us had amassed a great deal of technical knowledge in our respective areas of expertise. We had been hired as trainers based on our prior professional experience.

After one leadership restructure, we noticed our new manager couldn’t do any of our roles. Not one.

And they were great.

Supportive, challenging and focused on our development and our results but they couldn’t do what we did. Yet it wasn’t significant.

Understanding the people and the roles of those you are responsible for is vital. Being able to do their job is not.